Even with the popularity of computer games, board games remain a tried and true way of having fun. If anything, there has actually been a resurgence of interest in board games and the market is booming for a range of games, including ones that are unusual and unique.

But, what does this mean for making money?

With the popularity of board games, it certainly seems like there should be a way to cash in and make money, especially online. So, what about selling board games? Is there money to be had there?

There are actually three completely different ways that you can make money selling board games online. The approaches can all be effective, to some degree, but might not be a good choice for everyone. 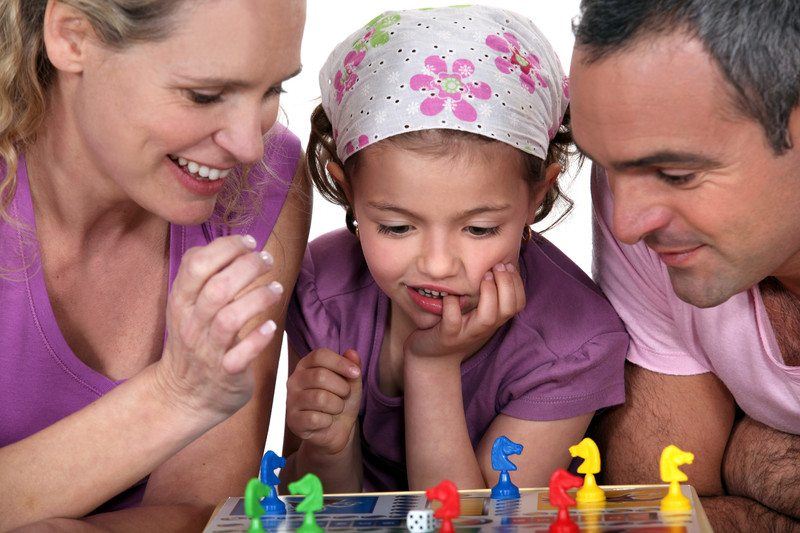 Creating and Selling Your Own Game

With the development of sites like Kickstarter, it’s started to become feasible for people to develop and sell their own games. In theory, this can become a viable approach to make money, especially if you design a game that people are excited about.

As a way of making money, creating your own game using Kickstarter (or something similar) as a tool is certainly interesting. In some cases, you may even be able to get a lot of interest in it.

For example, games that cater to fandoms are increasingly popular yet there are few mainstream games that do this because the concept is still relatively obscure. Other unusual topics for games can also become popular. 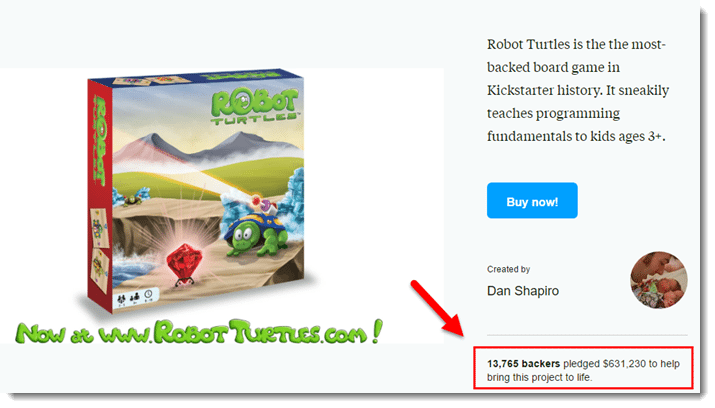 More than 13,000 backers. WOW! This is an example for kids, but you can make games for adults too.

However, doing this successfully and actually making money from the process is a lot more difficult than it first sounds. For example, there is a range of costs involved in developing even the simplest board game, such as making the physical product and paying for any artwork.

From watching the video on Robot Turtles, it sounds like you need to print a minimum of 1,000 board games for the smallest order. That’s a big financial investment!

The process takes a lot of work and your chances of creating something that people are actually excited about are pretty slim. That’s just how the world of business goes. Most people fail, and a few exceptional ones rise above.

Realistically, this might be a valid approach if you have a game idea already that you’re passionate about. But, for everyone else, the approach isn’t going to be worth the time or the effort.

Selling Board Games On Amazon or eBay

The other alternative is using sites like Amazon and eBay to sell new and used board games. This approach is probably more relevant for most people, as many of us probably don’t have the inspiration or capital to try to make and sell your own board game idea.

When it comes to selling a physical product online, the overall objective is to buy low and sell high. Board games are a good option for this because there is a range of games out there that are fairly rare, which means that they will sell for a lot.

It’s very similar to selling books online in that there’s a big market for used items that you can pick up at garage sales or for cheap in retail establishments then resell online. Some of the same principles apply to selling records too.

To effectively make money selling board games on these sites, the first step would be finding good places to buy them from. Sometimes you might get lucky buying them from other sellers on eBay or Amazon, but that probably isn’t something to rely on. Instead, you will probably need to look at other sources, such as Craigslist and second-hand stores.

At the same time, you need to learn which games are actually worth anything.

This is mostly something you will learn over time (and through trial and error), but keeping an eye on online lists and sales does make sense. For example, the game below often sells at $200 or $300, depending on the condition. 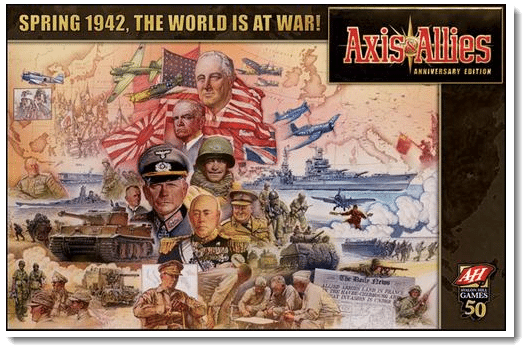 As a general rule, games that are no longer produced will tend to be worth more, on average, than those that are still being sold. Likewise, special editions may fetch a higher price, especially if they were only available for a limited time.

Think about all the rare and fun versions of monopoly out there. But again, this varies considerably depending on the item.

This means that a good first step is to simply keep an eye out for older games, especially ones that you haven’t heard of before. These won’t always be worth much but if you see one for sale for a low price, it may be worth just getting it and figuring out what the game is worth later.

If you’re picking up games from second-hand stores, sometimes you can turn a profit reselling them even if they aren’t particularly rare. For example, if you pay $3 for a game at a second-hand store, you may still be able to sell it for $20 or $30 online, especially if you market it correctly.

As you might imagine, effectively making money selling board games this way involves a bit of legwork and a decent amount of luck. Sometimes you may run into games that net you more than $100 in profit, which is pretty nice for a single sale. At the same time though, you might not find good games to sell very often.

In the beginning, you can probably start buying and selling board games online relatively quickly. Find one, sell one, and so on. To build a stable source of income from this type of business though, you’d need to have a large inventory and a routine/method of finding underpriced items.

To successfully sell board games online, whether they’re your own or used, you have to be able to market them well. After all, there are a lot of other sellers out there. You do have an advantage if you’re selling a rare game but even then, you still need to market it well to get a good price by creating competition!

Doing this would include making sure the game looks as good as possible and taking good photos of it. You would also want to provide a good description, including what the game does and does not include. If the game is rare, it may also be worth saying that.

While you want to make the game sound as good as possible, you also want to be honest during this process. Otherwise, you’re likely to run into issues with sellers, which can be bad for your reputation and your potential to make money.

Selling physical products often ends up being quite a frustrating process. For one thing, you have to deal with managing a stock of products and shipping them out to the relevant addresses. This can be particularly frustrating in the case of board games, as these often have small parts that need to be accounted for. You also need to make sure the item doesn’t get damaged.

This whole process is made more complicated by the fact that you can’t completely control what happens to an item once it is shipped. Most of the time, it will probably get to the destination without an issue but there is always the chance that the game will get lost or damaged.

At the same time, you also have to deal with people who buy the products.

This is an especially significant problem when it comes to eBay. Over the years, eBay has changed its model for how it resolves complaints. Currently, they follow an approach that focuses on the rights of the consumer, which can cause major issues for sellers.

For example, eBay will sometimes force sellers to give a refund because the consumer claims that the product was missing a piece or wasn’t how the seller represented it in some way – even if that wasn’t actually the case. I’ve known eBay sellers who have had their ability to sell locked based on claims that customers have made.

Amazon’s stance doesn’t seem to be as extreme but even so, you’re at the mercy of your customers a bit.

For most people, the idea of creating and selling a board game probably isn’t realistic. There is a large amount of work involved in doing that and honestly, the potential for profit is fairly low. You’re much more likely to get stuck with a lot of costs and/or a game that people simply aren’t interested in.

In contrast, selling old board games is an approach that is open to pretty much anyone. Trying to make money this way can work well as a hobby and it can even be fun to trawl second-hand stores in the hopes of finding something unusual that you can sell online.

I’ve even known people who have done this and found it enjoyable. However, the approach does heavily rely on chance so it isn’t something you could easily turn into a decent income.

Nevertheless, if you have a passion for board games, there is another way that you could make money, which is connected to having your own website.

On a side note, you could combine this approach with other methods of making money. For example, some people earn by flipping clothes that they find at second-hand stores. If you’re going to be trawling stores anyway, why not search for multiple types of products?

The Best Method Of Earning Money With Board Games

One of the most significant modern patterns is the way that people rely on the internet more and more. The online environment has become a place where people make purchases and it’s also where they find out information, to begin with. This pattern puts website owners in a position of power.

In particular, you can build your own website and use it as a way to promote and talk about a topic that you are interested in, such as board games. That’s not all. Having a website also gives you the ability to make money through affiliate marketing. Specifically, this means that you earn money by promoting board game products from other companies, whether that be board games or even PC games.

If you’re interested in games, there are all sorts of approaches you could take.

For example, you could build a site that discusses old and obscure board games. Or, you might review games suitable for certain age groups or even provide information about new games that people might not have heard about.

This approach involves much less work than trying to source and sell old board games or even trying to create your own. With a website, you can provide information to hundreds of thousands of people simultaneously.

Additionally, the amount of legwork is also much lower and you don’t have to invest a lot of money like other methods we discussed in this post. It’s why I started affiliate marketing in 2010, and why I still enjoy it to this day!