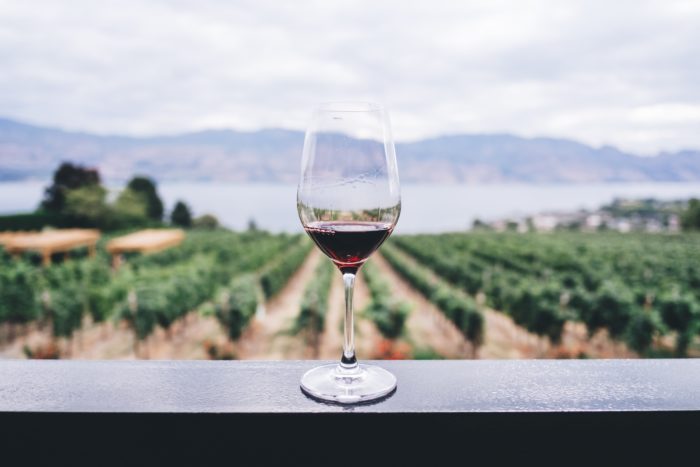 >>Earn online income for a lifetime<<

As tempting as it might be to sell your own homemade wine, beer, or mead, you may want to think twice before venturing out into such an endeavor. Yes, some people do it… but as it turns out, it is not as easy to do (or as legal) as most people believe! Can you really make money selling your own wine?

Is It Possible To Make Money Selling Your Own Wine?

Is it possible? Yes.

Should you try to do it?

We’ve talked about selling wine online before. We’ve even talked about wine networking programs like Traveling Vinyard, which is a company created to make it easy for people like you and I to sell wine as a side-hustle.

But brewing your own wine and selling it? That’s a different kind of gig!

That is a side gig that comes with a wide range of much deeper questions, and one that deserves a LOT of research before you just jump into it!

It is very possible to get into a lot of legal trouble with this one in the United States, as selling alcohol without the appropriate permits is actually quite illegal.

Let’s dig a bit deeper and talk about this.

The Basics: Selling Your Own Wine For Profit

First off, let’s start by stating the obvious.

The problem, however, isn’t with the wine, the cost, or even the fact that it is easy to make.

The problem is that in virtually every case in the United States, selling your homemade wine is illegal unless you obtain a few different permits and start a commercial wine-making facility.

But the more you look into it, the more expensive it becomes… because a commercial wine facility needs to have a certain amount of equipment and meet a certain number of different qualifications to even qualify as a ‘legal commercial facility.’

In many ways, it basically needs to be outfitted like a commercial kitchen. And in pretty much every case, this rules-out the possibility of using your own home as a base of operations.

This opens up several challenges that you didn’t have to worry about when you were just making wine for yourself, for fun.

What IS Legal As Far As Home Wine-Making Goes?

Before we get too wrapped up in the legalities of selling your own wine, let’s first talk about just making it.

As it turns out, the laws for this are pretty lax in most states.

Federal laws in the United States make it possible for households in the US to produce up to 200 gallons of alcoholic beverage per-year legally… as long as they aren’t distilling. In other words, crafting beer, wine, mead, etc. is, for the most part, perfectly legal in most states.

Some states have passed laws that regulate it more than this… but in many states, this is simply the law. And that makes wine-crafting a pretty easy thing to do if you are just doing it for yourself.

Wine is also a pretty easy thing to make in-general. So as it turns out, making it for yourself, sharing it with friends, and even giving it away as a gift isn’t really an issue.

(Note: See applicable laws in your state before trying to make your own wine, just to be on the safe side!)

The issue arises when you try to sell it, trade it, or otherwise use it to make money.

Then, it becomes quite a complicated ordeal… because this is illegal to do unless you obtain commercial brewing licenses and also obtain the necessary licenses to actually sell the wine once it is brewed.

As an example of how these laws usually look, let’s take a look at one state that takes an unusually minimalistic approach to home-brewer laws… Missouri.

These laws are not the same as the laws in other states, but they give you an example of how such laws can be written out, and what you need to look at before you attempt to try to sell any sort of homemade alcoholic beverage.

If we take Missouri as any kind of an example, here is what we learn.

First off, Missouri statute § 311.055 allows for “the home production of intoxicating liquor, and the removal of homemade intoxicating liquor from the premise where brewed for personal or family use, including use at organized affairs, exhibitions, or competitions, such as home brewer contests, tastings, or judging.”

This same statute also says that a “License to manufacture” intoxicating liquor is not required, as long as the manufacturing is for personal or family use.

There are numerous other articles to these statutes… but as a general rule, we find that…

But once you start looking, you quickly learn that different licensing can be obtained to start working in this direction.

For example, a Liquor Manufacturer–Solicitor (Spirits, Wine and Beer) license can be purchased to allow for “the manufacturing, distilling or blending of intoxicating liquor of all kinds within the state of Missouri and the privilege of selling to licensed Wholesalers and soliciting orders for the sale of intoxicating liquor of all kinds, to, by or through a licensed Wholesaler within Missouri.”

Also, a Domestic Winery (Light Wine and Brandy) license can be purchased to allow for “the manufacturing of wine or brandy in quantities not to exceed 500,000 gallons, not in excess of 18 percent alcohol by weight…”

So, there are some requirements that you need to go through, and some licensing that you need to procure. The Liquor Manufacturer-Solicitor license listed above costs $450 in fees as well… so it is a bit on the expensive side.

But this isn’t surprising, seeing as how the government takes the regulation of food products and safety pretty seriously. Add alcohol intended for consumption to that mix… and you have the makings of the exact type of thing that the government would seek to regulate.

Plus, Missouri is one of the states that is actually easiest to brew beer and make wine in. They have some of the most lax laws in the US as far as that goes, which is why Missouri is well-known for its wide selection of craft breweries and small-time, local wineries.

Some states are even more strict.

Who Should Consider Trying To Sell Their Own Wine?

If you live in the United States, and are still thinking about making and selling your own wine, here are some general questions to ask yourself.

If you cannot answer ‘yes’ to these questions, than odds are good that trying to sell your own wine is not going to really work out as a side hustle for you.

There are A LOT of people who sell their homemade wine anyway. You might here these people say things like…

But eventually, people who do things like this are bound to get caught. It is really only a matter of time. And when it happens, it is going to be far worse than if you had just went ahead and paid for the equipment and licensing required to make it a ‘legal’ operation.

In short, unless you are willing to dump quite a bit of money into it, you may just be better off to make your own wine, for fun, and to give it away as a gift and enjoy it yourself. Find something legal to make extra money with (Like Uber), and make sure you track your income like you’re supposed to!

Avoiding unnecessary legal entanglements is the best idea for any entrepreneur or side-hustler!

Our Final Opinion Of Trying To Sell Your Own Wine

Should you really try to bottle and sell your own wine for a profit?