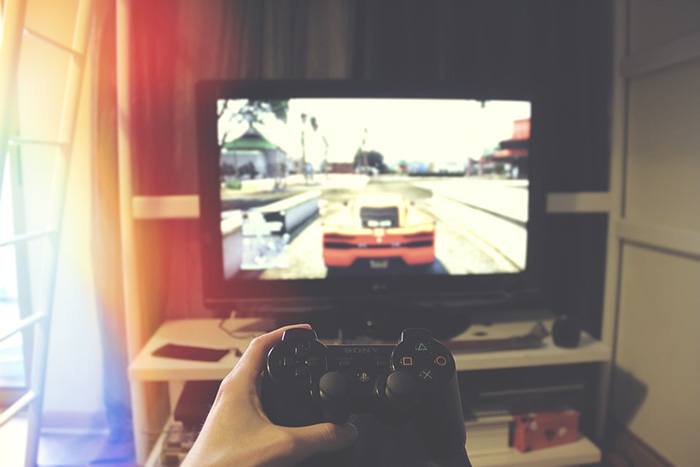 With so many new games coming out and such a wide variety of platforms, game reviews have become absolutely essential. Customers rely on sites like Hardcore Gamer and Metacritic to work out which games are worth trying and which ones aren’t. And, with all that demand, why not get paid to write game reviews?

This idea could be particularly appealing if you’re already an avid gamer or if you want to get further into the field. So, this post will show you exactly what is involved and why the field is worth considering.

What Game Reviewers Actually Do

The basic concept of a game reviewer is what you would expect. So, you need to spend some time playing a game and then write a review of it. Sounds simple enough, right? In some ways, it is. But, there are also some complexities.

One aspect is that you’re often under a time constraint. That’s particularly true for games that have just been released or that you are reviewing prior to release. Some companies also have fairly tight time restrictions and the specifics vary across companies and individual games.

Additionally, reviewers have to play enough of the game to actually understand it and be able to give a fair evaluation. In some cases, that might mean you have to pour 20 hours or more into a game, especially for RPGs or open world games. That’s hard to do on a tight deadline – and you have to keep going even if you don’t actually enjoy the game.

If you’re working for a company, you only get to review the games that you are actually given. This means that you’ll sometimes have to review games you don’t like and ones in styles that you don’t really care for. Some positions give you more control than others. But, in general, expect to review some games you would rather skip.

Reviewers are also constantly looking for strengths and weaknesses, right from the beginning. This gives you less chance to actually enjoy the game and means you have to always be paying attention.

If you are starting a gaming review blog, you still have to put in the time, and at end end of the day, you might not even get paid. Doing a YouTube channel or a WordPress website about gaming sounds like an incredible, freedom-enabling opportunity, but many forget that you need the skills to get your content found, and you need to actually create awesome content people will watch or read.

The end result is that game reviewing can be hard work. It can also decrease your interest in gaming. After all, if you play games to earn money, their allure is bound to decrease. Plus, it’s hard to stop looking for strengths and weaknesses once you’re used to doing so.

So then, game reviewing is like any job – it has its share of challenges and it isn’t as amazing as it might sound on paper. But, there are still advantages and you can make money this way.

You don’t need a specific background to be a game reviewer. Instead, you simply need to be relatively decent at writing and at the games you plan to review.

For example, if you play games like Battlefield or Call of Duty and die almost immediately, you shouldn’t try to review first person shooters. Likewise, it’s no good reviewing a game if getting past the first level is extremely difficult for you.

But, you don’t have to be a master at gaming. After all, many people who read reviews won’t be either.

A similar thing is true for writing. You need to be interesting and have a good grasp of spelling and grammar. You may also want to pick up more skills as you go along. Nevertheless, the style is similar to what you see on blogs – meaning that writing game reviews isn’t an incredibly difficult process.

So, you don’t have to be an expert writer or gamer. But, you need some skills in both areas.

How To Get Started

If game reviewing still sounds exciting to you, the next step is to work out how to get involved. There are various paths you can take but they will all require some samples of your work.

This means you’re going to have to sit down and write some reviews, ones that you won’t earn money from. To do this, you’ll want to spend time reading current reviews and working out the general themes and patterns.

For example, reviewers will often talk about the same key elements, such as story, graphics, enjoyment, replayability and the presence of any bugs. Reviews are also articles. As such, they follow common structures, such as an introduction, body and conclusion.

A review also should be somewhat objective. You can’t simply write a negative review because something annoyed you about a given game. Instead, you have to weigh up the positives and negatives, aiming to decrease your own bias.

Once you’ve spent time researching and writing on your own, the next step is to find companies to target. There are many different sites (and physical magazines) that regularly review games, so there is no shortage of ones to choose from.

When you’ve found companies, look for information about how to write for them. Some will have a page with details (like Killer Guides). Others will have email addresses that you can use to get in contact.

The goal is to pitch your work to these sites in a compelling manner. To do so, you’ll need to be respectful and patient. Of the sites you contact, many won’t even get back to you. Some of those that do won’t be currently hiring, while others may not be interested in you specifically.

It takes a considerable amount of time to find a site that is looking for writers and is willing to take you on. However, the gaming industry continues to grow, so there is demand for writers.

You can also increase your chances by getting some work published online. For example, some gaming review sites don’t pay people for reviews, offering exposure instead. Working for free isn’t ideal but it can be a good way to get noticed. Plus, it’s often easier to get published at a site that doesn’t offer compensation.

Throughout this process, you need to pay close attention to the requirements and the compensation rates. Sometimes companies will pay well for reviews but others may pay very little. For that matter, many sites don’t publish details about their compensation rates.

You may be prepared to work for free or at a low rate to get your foot in the door, which is fine. But, just be wary. Many sites simply take advantage of writers, partly because there is so much interest in this field.

Reviewing On The Side

Getting a formal job as a game reviewer (or a game journalist) isn’t the only way to go. Instead, many game review sites have people contributing on a casual basis. Some companies may also start you out at this point, to see what you’re capable of and how well you fit into their company.

When you’re reviewing on the side, you may not be given specific assignments. In some cases, there may be a list of games to choose from, often ones that no one else wants. Alternatively, you may be responsible for pitching reviews to them.

You’ll often have a better chance when you’re focusing on relatively obscure games, such as indie titles. The competition for this type of review tends to be lower, which gives you an edge. Additionally, such games are often shorter and/or simpler. This makes them easier to review.

You may also be able to pitch the same game review to multiple sites, especially if it is a fairly unusual game. You would still have to write individual reviews, suited to the needs of the site. However, this approach gives you the ability to earn more for the time that you spend playing.

The one catch is the games themselves. If you’re officially working for a company, then you’ll often get the games for free. This doesn’t normally happen if you’re working on a casual basis, so you have additional expenses to consider.

Earning Money Entirely On Your Own

The traditional approach with reviews has been a single review when the game comes out. The reviewer spends whatever time they need to get a comprehensive understanding of the game and they then write the review. And, that’s it.

But, the video game industry is changing. Games are no longer as static as they once were. Instead, they come with many updates, expansions and downloadable content. These changes can sometimes have dramatic impacts on the game. In fact, some games are rushed to completion and are then refined through patches.

Because of this pattern, the initial review for a game often becomes obsolete. Yet, many sites don’t regularly update reviews and don’t have the resources to do so. In contrast, sites that host or aggregate reviews (like Steam or MetaCritic) provide users with the information they need.

With these changes, the availability of video game reviewing roles is likely to change and potentially decrease. But, you don’t need a formal position anyway. As a writer, you already have the skill set needed to make money on your own – such as through a video game website.

Now, competing against large aggregate review sites doesn’t make sense. But, offering something more focused is achievable. For example, I’ve seen sites that focus on a single game or on a single genre (like first person shooters or JRPGs). You could also expand beyond reviews into other areas, such as gaming articles or guides. Likewise, you might talk about related products.

There are also many affiliate programs for video games out there – so, there are many directions that you can go to make money.